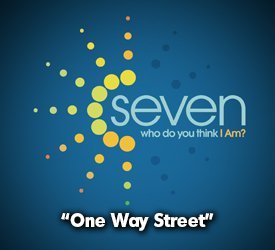 Something many outwardly-religious people struggle with is the exclusivity of Christianity. Jesus clearly tells us He and He alone is the only way to God. This flies in the face of what many people not only in this country, but around the world, believe. Though "I am the way..." is a controversial statement, it is also very much true. In this message, Dr. Merritt unpacks why Jesus' declaration is true, and what the implications are for the Christ-follower in his or her own life.

"Lets just all get honest today. Some of us squirm when we hear this statement. There are many people who claim to be Bible-believing, Christ-following evangelicals who believe that Jesus is one way to God (even a good way to God and maybe even the best way to God), but not the only way to God. Among all the countries in the world that practice freedom of religion we are the most religious country. Two-thirds of Americans consider religion to be very important in their lives, but 75% of them believe that many religions can lead to eternal life. Only 18% believe that they practice “the one true faith.” Listen to this. Nearly 50% of the most strongly committed evangelical Protestants believe that their faith is not the only path to salvation." --Dr. Merritt