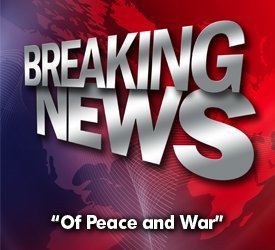 Of Peace and War

In 5,600 years of recorded history, there have only been 292 years of peace. In that 5,600 years, 14,532 wars have been fought averaging 2.6 years each and 3,640,000,000 people have been killed. Out of 185 generations only 10 have seen unbroken peace despite the signing of 8,000 peace treaties.The twentieth century alone experienced two World Wars in which more than 60 million people died – a level of carnage never experienced in any previous century. Thankfully, we’ve avoided a third world war, but that has been replaced by terrorism, Jihad, micro-wars and irregular warfare on almost every continent of the planet. In this message, Dr. Merritt journeys through Scripture to uncover what God teaches us about war. Is God a God of war, a God of peace, or both--and what does that mean for us?

"You will read all through the Old Testament, example after example, where God either commands His people to go to war or goes to war with them. When you look at some of the greatest heroes of the Bible such as Joshua, David, Gideon, and Sampson they were all warriors. They were all soldiers. They all went to war at God’s command. They exemplify the principle that government has been given the authority by God to do this when it is necessary." --Dr. Merritt