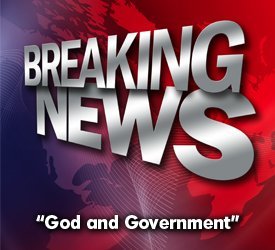 "God has appointed the authorities who have governmental power. That is true of every government everywhere. It is true of democracies and dictatorships. It is true of capitalistic governments and communistic governments. It is true where the bells of freedom ring loudly and clearly and it is true where the bells of freedom are not allowed to ring at all. Sometimes God puts good people in power to be a blessing. Sometimes God puts evil people in power to be a curse. Paul is not saying that the Hitlers, the Stalins, the Saddam Husseins and the Kim Jong-Ils of our times have been personally appointed by God and that God is responsible for their behavior and that their authority is never to be resisted. All Paul is simply saying is that no ruler has authority in and of himself." --Dr. Merritt