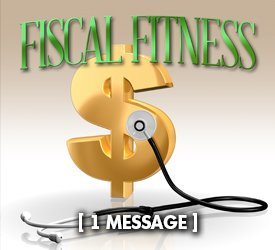 There is wisdom about wealth and money in Solomon's Proverbs. In fact, the entire Bible has much to say about money and possessions. There are over 2,350 verses on the topic. A Gallup poll recently indicated that 56% of families consider economic problems to be their biggest. Money mismanaged can blow apart a marriage, a home, a business, even a life. In this message, Dr. Merritt looks at biblical instruction on making money, mastering money and managing money. The message contains six keys to helping you gain practical financial wisdom.

"Money will never totally satisfy your deepest needs, or all your wants. You would think that as a culture became more affluent and wealthier, that people would become happier if money is the cure-all for all of our problems. Compared to 1957, we have twice as many cars per person; we have smart phones, flat screen TVs, DVRs, air conditioners, iPads, and $12 billion a year worth of brand-name athletic shoes. So are we happier than we were thirty-five years ago? We are not. How can we avoid the shocking conclusion: Economic growth in affluent countries gives little boost to human morale." --Dr. Merritt